Terrestrial Flora of the Azores – A Field Guide – (Versão Inglês)

Terrestrial Flora of the Azores – A Field Guide

“This book entitled “Terrestrial Flora of the Azores”, written by Virgílio Vieira, Mónica Moura and Luís Silva, three internationally renowned researchers from the University of the Azores, is a valuable compilation work for all those who wish to know the ornamental value of trees, herbaceous plants, flowers and fruits, its nutritional potential, as well as the phytotherapeutic and synergistic effects of some of its components that help us to challenge the genetic inheritance and to prolong the quality of longevity. It is a precious work that, without a doubt, will enrich everyone who has the privilege of reading it.” 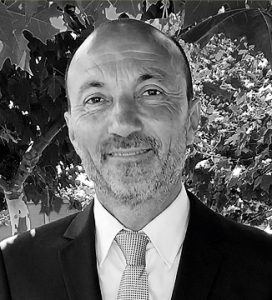 Virgílio Vieira holds a PhD in Biology and is an integrated researcher at the Centre for Ecology, Evolution and Environmental Changes/Biodiversity Group of the Azores (cE3c/ABG), developing his professional scientific research activities at the University of the Azores – Faculty of Science and Technology. His main interests are in biodiversity, ecology and insect evolution on the islands, with a special focus on the Azorean diversity of Lepidoptera and the ecology of Odonata. In addition, he participates in research projects aimed at the integrated control of insect pests in agricultural crops. Author and co-author of several dozen scientific titles, published in national and international specialty journals, books and several book chapters in the area of ​​sciences, in collaboration with national and foreign scientists. Among them are the books «Borboletas dos Açores: Papilionoidea e Sphingoidea», «Borboletas Nocturnas dos Açores», «As Libélulas dos Açores e Madeira», «Chá dos Açores» and «A list of the terrestrial and marine biota of the Azores». He is a member of several scientific and cultural associations, including the IUCN Mid-Atlantic Island Invertebrates Specialist Group, and ABA – Associação de Botânica dos Açores. 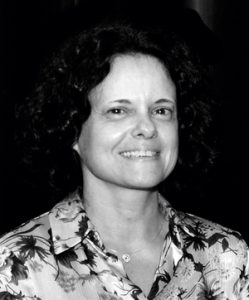 Mónica Moura has been lecturing and doing research in the University of the Azores since 1991. She initially conducted studies in the field of Plant Physiology, developing protocols for the propagation of Azorean endemic plants, by in vitro culture and seed. More recently, she has taken interest in molecular genetics and is currently developing research in the areas of molecular systematics and conservation genetics, with endemic and native plant species from the Azores. She has lectured various disciplines in the areas of Systematics, Population Genetics and Evolution, namely in MSc courses (“Genetics and Reproduction”, “Plant Biotechnology”, “Systematic Botany”, “Biological Diversity”) and in BSc courses (“Genetics and Evolution”, “Conservation Biology”, among others). She has also supervised MSc students, as well as PhD students and post-doctoral projects. She is a founding member of ABA – Botanical Association of the Azores. 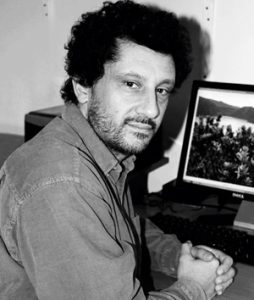 s Silva has been lecturing and doing research in the University of the Azores since 1991. Initially he dedicated himself to the study of invasive plants, having a doctorate in Plant Ecology. He participated in several projects related to the study of the flora and vegetation of the Azores, including woody invaders and native species (propagation, population genetics, conservation), having participated in the elaboration of lists of vascular plants of the Azores, in the definition of priority species in conservation, and in the risk analysis of invasive species in Macaronesia. More recently, he has worked on projects related to the study of pastures and forests in the Azores, both in a more applied aspect, such as the study of the energetic valorisation of woody biomass, or in an ecological aspect, such as the analysis of the floristic and microbiological diversity of different types of pasture. He has been developing applications of Bayesian statistics to ecology, namely in the study of plant and palaeocommunities. In the area of modelling, he is presently working with the distribution and biomass production of woody plant invaders. He teaches mainly in the areas of applied statistics and ecology from bachelor to doctorate levels, and presently coordinates the Master Program in Environment, Health and Safety. He is currently a professor at the Faculty of Science and Technology, director of CIBIO-Açores, a research centre integrated in InBIO – Associate Laboratory, and chief editor of the Biochemical Genetics magazine. He is also a member of the IUCN SSC Macaronesian Island Plant Specialist Group. He is a founding member of ABA – Botanical Association of the Azores.